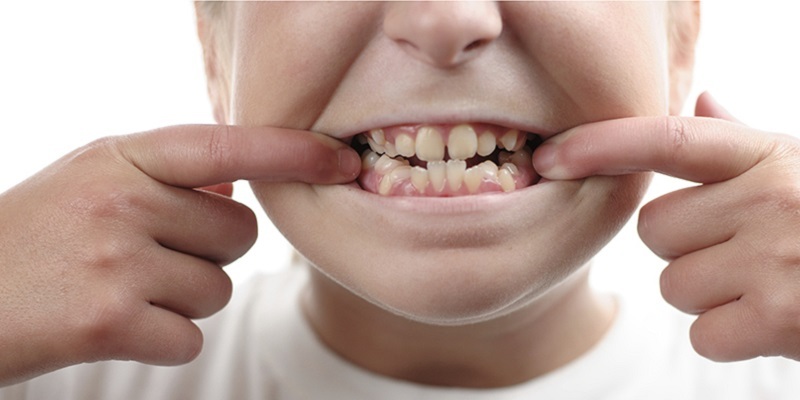 Malocclusion in children is called a mutual arrangement of the upper and lower jaw teeth, which does not meet physiological norms and functional needs. In dentistry and orthodontics, the so-called orthognathic bite is adopted as the norm, in which the upper incisors overlap the lower ones by about a third of the height of the dental crowns (1.5-3 mm).

According to statistics, about 35% of children have problems with the bite of one degree or another and need advice from a pediatric orthodontist. An incorrect bite in a child is not just an aesthetic defect but can lead to serious diseases of the dentoalveolar, respiratory, digestive, musculoskeletal systems, speech disorders, and psychological discomfort. 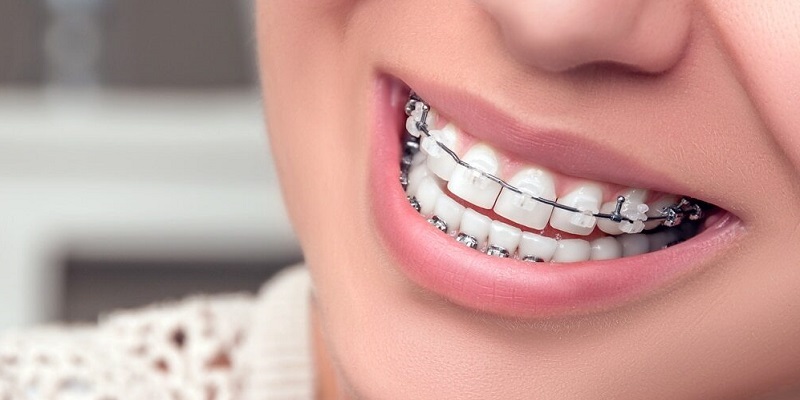 Causes Of Malocclusion In Children

The formation of a pathological bite in children can begin as early as infancy. Most often, malocclusion is diagnosed in children receiving artificial feeding. The fact is that in newborns, the lower jaw is somewhat shortened in relation to the upper one, and in the first year of life, in the process of natural feeding, the size of the jaws is aligned. Sucking on the mother’s breast is accompanied by active work of the facial muscles and movements of the lower jaw, which contributes to its development. In contrast, bottle feeding does not require the baby to suck and engage the lower jaw, so it continues to lag behind the upper jaw.

However, breastfeeding children for too long (over 1.5 years) can also lead to the formation of malocclusion in them. In addition, at this age, dense, solid food must be present in the child’s diet, which requires thorough chewing. Otherwise, insufficient load on the chewing apparatus will also serve the development of malocclusion in children.

Unfavorable oral habits affect the development of the child’s dentition: frequent and uncontrolled use of the nipple, biting lips, sucking fingers or toys, bruxism, habits of biting nails and pencils, etc. In these cases, diastema formation is also possible. In addition, a monotonous position of the baby’s head during feeding or sleeping (tilting the head back or lowering it on the chest, the habit of sleeping in the same position, putting the hand under the cheek, etc.) can contribute to the occurrence of an incorrect bite in children.

A close relationship is noted between the state of the bite and the nature of the child’s breathing. Violation of nasal breathing (with adenoids in children, chronic rhinitis, the curvature of the nasal septum, polyps of the nasal cavity ) and breathing through the mouth leads to an incorrect position of the tongue, non-closure of the lips and teeth in the frontal area and the formation of an abnormal bite in children.

In turn, malocclusion also contributes to the transition to oral breathing, a decrease in the volume of the nasal cavities and narrowing of the nasal passages, weak heating and humidification of the air stream, insufficient bacteriostatic and bactericidal function of the mucous membrane, and frequent respiratory diseases – tonsillitis, laryngitis, tracheitis, bronchitis, and pneumonia.

An important role in the formation of malocclusion in children is played by premature loss of milk teeth, violation of the timing of teething due to a lack of minerals (fluoride, calcium) in the body, dementia, multiple caries, short frenum of the tongue, jaw injuries. In some cases, malocclusion is inherited by children from their parents. Relatively rarely, malocclusion in children results from birth defects such as cleft palate or underdevelopment of the jaws.

Classification Of Malocclusion In Children

Orthognathic, pyrogenic, direct, and prognathic are the normal types of a bite that ensure the correct functioning of the dentition. Among the options for malocclusion in children, the following main varieties are distinguished:

The obvious signs of malocclusion in a child include jaw protrusion forward or backwards, uneven dentition, excessive crowding of teeth, hypodontia (The Presence of “Extra,” Supernumerary Teeth ), dystopia (Incorrect Position Of The Teeth), the presence of diastemas between the teeth. In addition, children with malocclusion may complain about the difficulty in chewing and swallowing food, constant biting of the tongue or cheeks, pain in the jaw and facial muscles, and regular headaches.

Attentive parents will be able to suspect the problem of malocclusion in their children by some indirect signs: the predominance of mouth breathing, noticeable tension of the lips and chin when swallowing, a change in profile, asymmetry of the face, violation of the timing of the eruption of milk and permanent teeth.

However, the external signs of malocclusion in children are just the “tip of the iceberg”; the long-term consequences can be much more dramatic. Children with an irregular bite, as a rule, are “doomed” to the rapid erasure of tooth enamel and the occurrence of dental hyperesthesia. Unpleasant companions of malocclusion in children are frequent trauma to the tongue and cheeks, traumatic ulcers in the oral cavity, ulcerative gingivitis, periodontitis, periodontal disease, diseases of the temporomandibular joint, etc.

The presence of an anterior open bite in children makes it difficult to bite food; the presence of open lateral bite limits chewing, and the presence of a distal and deep bite impairs breathing. Poor chewing food is accompanied by digestive problems; respiratory failure contributes to the occurrence of frequent ARVI. In addition, all types of malocclusion to one degree or another lead to a violation of sound pronunciation, blurred speech, causing the presence of mechanical dyslalia in children.

Children with the bad bite feel their physical inferiority against the background of their peers, which gradually leads to secondary psychological problems: isolation, despondency, irritability.

Diagnosis Of Malocclusion In Children

In order to carry out detailed calculations and draw up a competent treatment plan, a panoramic X-ray ( orthopantomogram ), lateral X-ray of the skull photographing of the face in front and in profile are taken. Based on the taken alginate impression, a diagnostic plaster model of the dentition is made. To obtain additional data on malocclusion in children, computed tomography, myography may be required. After collecting all the necessary data, a computer simulation of the treatment results is performed.

Treatment of Malocclusion in Children

Correction of malocclusion in children occurs much faster than in adults. Therefore, correction of dentoalveolar anomalies should be carried out as early as possible, preferably from the age of 5-6 years. Before starting orthodontic treatment of malocclusion in children, it is necessary to carry out complete sanitation of the oral cavity: therapy of caries and gum disease, professional, hygienic cleaning of the oral cavity followed by remineralizing treatment. In case of congestion, it may require extractions.

The possibilities of modern orthodontics make it possible to use various techniques for correcting malocclusion in children. In the early stages, during the period of temporary occlusion, myotherapy is used – a special therapeutic gymnastics for training mimic and chewing muscles.

Children aged 5-12 years with an irregular bite may be advised to wear a pre-orthodontic trainer – a functional apparatus made of elastic silicone. The convenience of trainers is that they are used only during sleep and 1 hour during the day; at the same time, they effectively affect the muscles and the dentoalveolar system, wean children from harmful oral habits.

Speech therapy classes to correct dyslexia should be started without waiting for the end of orthodontic treatment. In rare and especially severe cases, children with malocclusion may require the help of a maxillofacial surgeon and surgical treatment (elimination of jaw anomalies).

Prevention Of Malocclusion In Children

In most cases, parents can prevent the formation of malocclusion in children. For this, it is advisable to breastfeed, and in the case of formula feeding, a nipple with a small opening should be used to stimulate active sucking. It is necessary to wean the child from the nipple in a timely manner, not to cultivate bad habits, accustom to solid food, monitor the change in the child’s posture during sleep, and instill oral care skills. After the appearance of the first teeth (no later than one year), it is recommended to visit a pediatric dentist, and at 5-6 years old – a pediatric orthodontist.

Do you wish to know anything else about malocclusion in children? If yes, feel free to share your question in the comment section below. And if you need professional help for your kids, schedule your appointment with Top Nova Orthodontics. We are following all safety regulations. Here, we handle your problem competently and responsibly.

To Learn More About Issues in the Universe of Dentistry, Follow Our Blog!